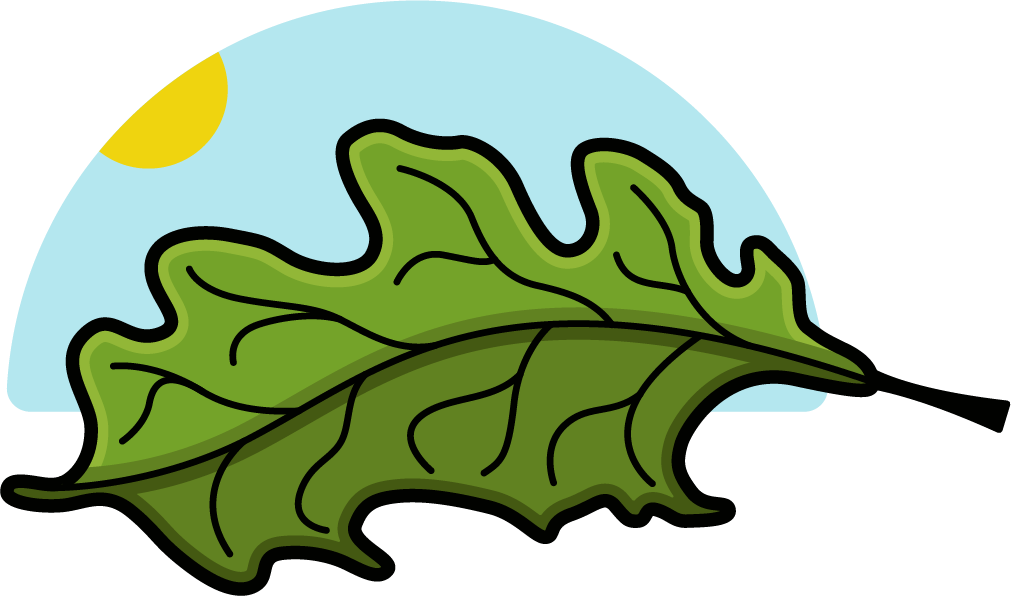 My day showcasing the Festival for the Sunday Times

The Gower Walking Festival 2021 is almost upon us! Because of the pandemic, it’s a modest event this year, just five days of walks from 15-19 September rather than the usual nine-day-long jamboree. But there is something for everyone in the varied programme: hikes and strolls, history and culture, peaks and coast, rockpools, cemeteries and castles. There are dog walks too: Burns Pet Food are sponsoring the event and will hand out canine goody bags at the end of walks on Whiteford Sands and at Oxwich.

The Festival was founded in 2005 and has been an annual celebration of all aspects of Gower ever since. The last time it ran was in 2019. As a busy academic I was not able to take part then: it fell at the start of June, exam season. But since taking early retirement, I have joined the Festival organising committee, encouraged by Tread Gower, the company who have been training me in navigation and lowland leadership.

Last week I had the privilege of showcasing the Festival for the Sunday Times, along with Gower expert Helen Nicholas of Gower Unearthed.

The Times appeared at our rendezvous in Oxwich in the form of a delightful family, consisting of two parents and an inquisitive and energetic seven-year-old boy. Unfazed by the tourist traffic (which will have evaporated by the time the Festival runs), by the mud en route (which won’t) and the varied terrain (parkland, woodland, dunes), they threw themselves into hearing about the history, heritage, flora and wildlife of Gower and generally enjoying a day out in the restful scenery around the Penrice Estate and the Oxwich Nature Reserve. A tonic for busy Londoners down here for a long weekend.

The sun shone, Gower looked its best and we left our guests debating whether to have a Joe’s or a Forte’s ice cream after their well-earned evening meal at the King Arthur Hotel.

It’s fair to say they enjoyed their taste of the Festival judging by the published article. And so did we. Roll on the real event!

And roll on 2022 when we’ll be back, offering even more walks on beautiful Gower. 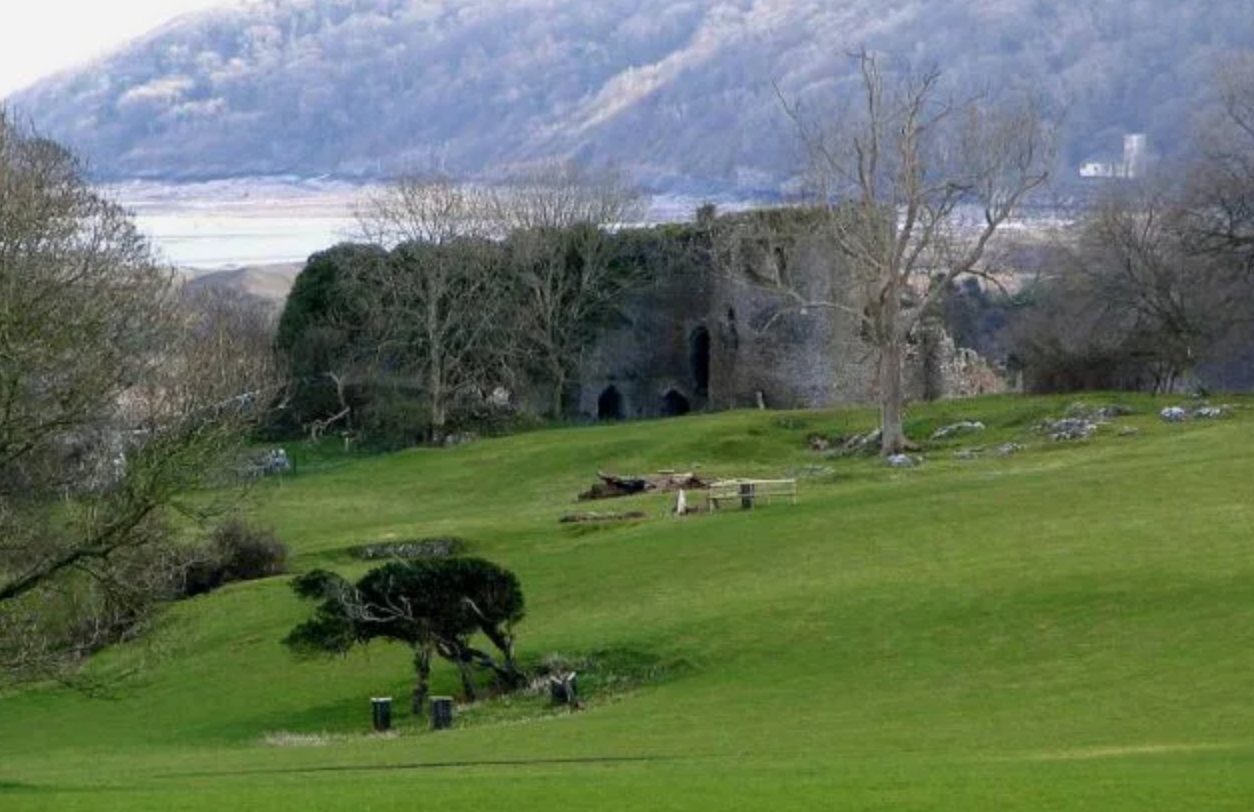 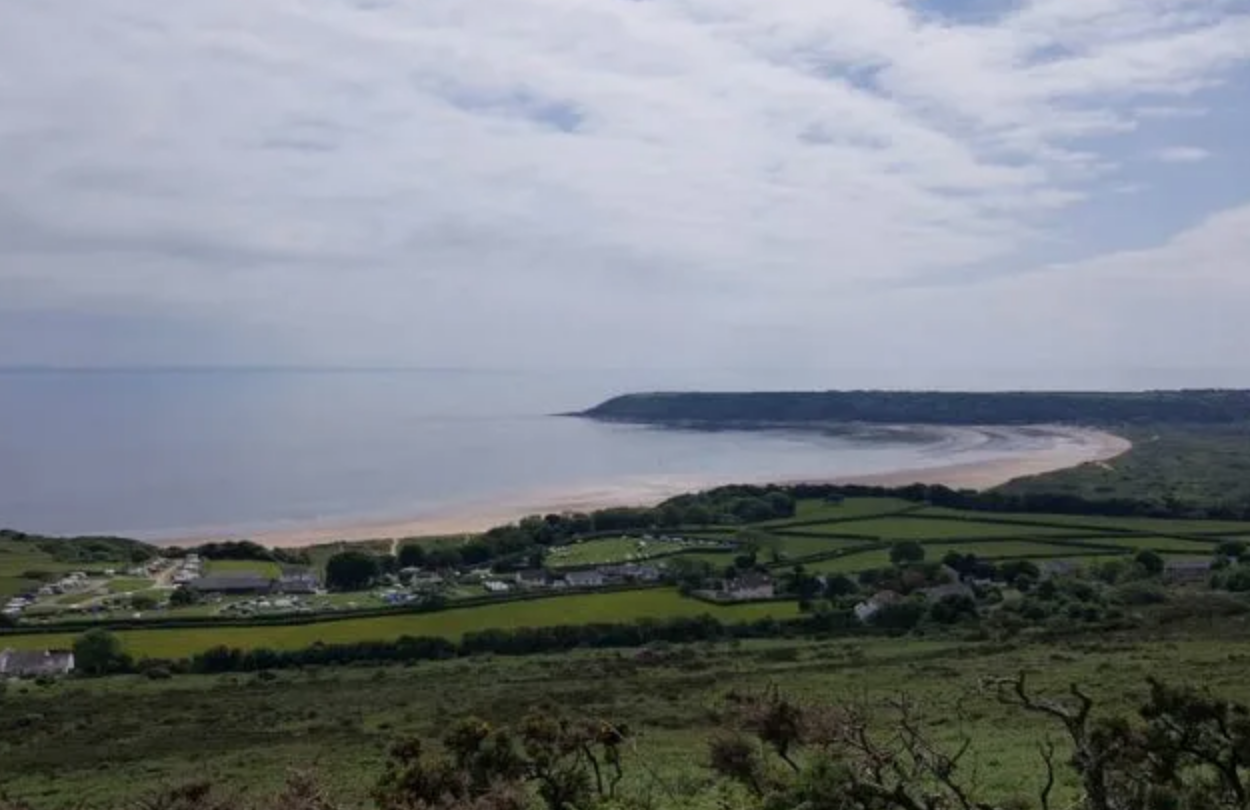 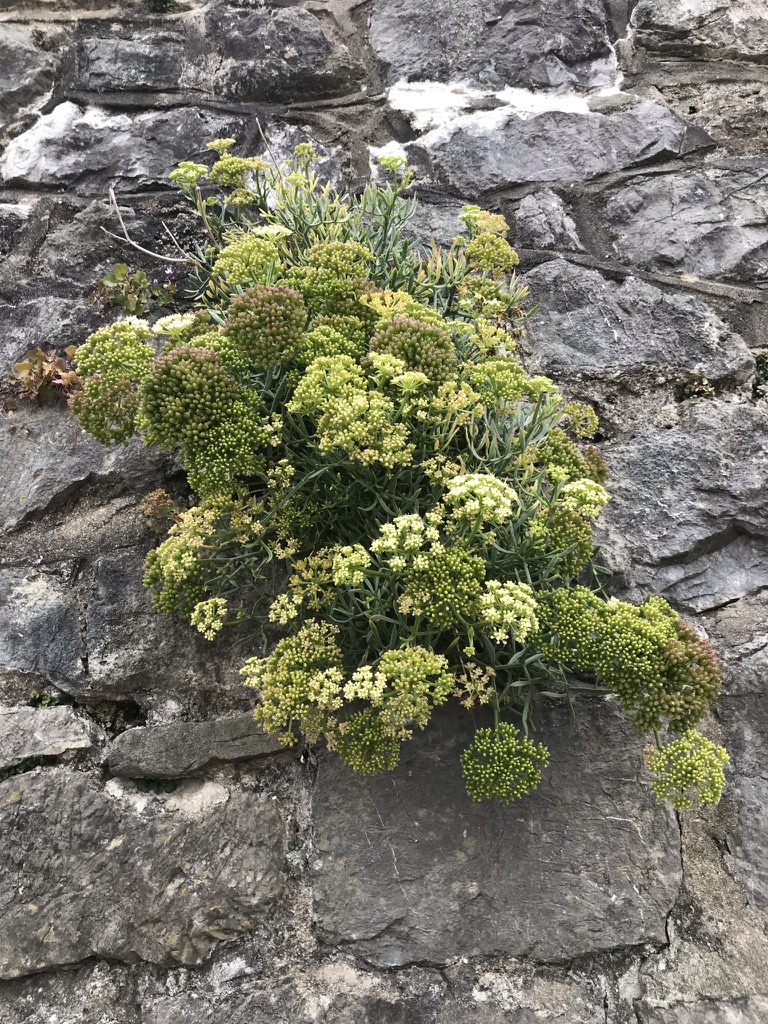 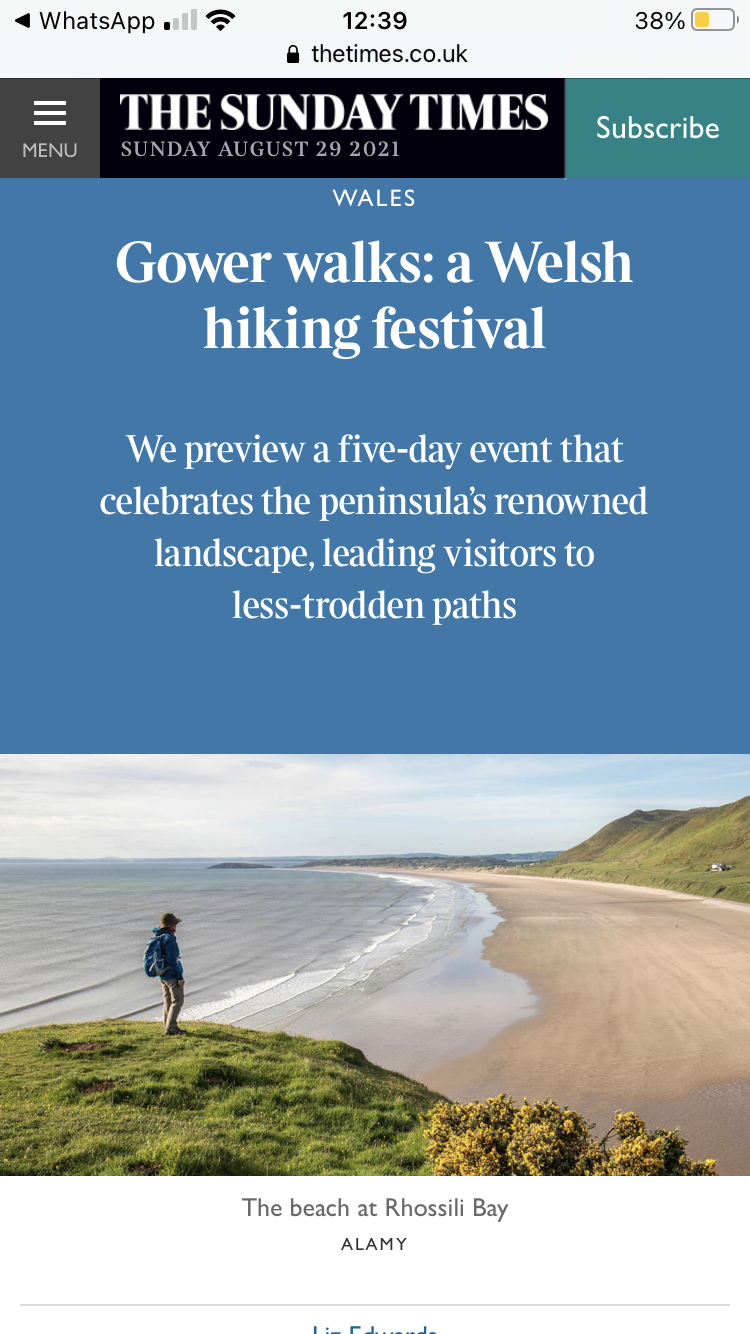 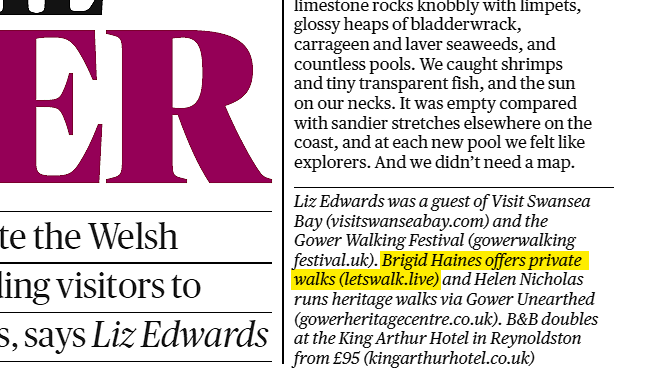 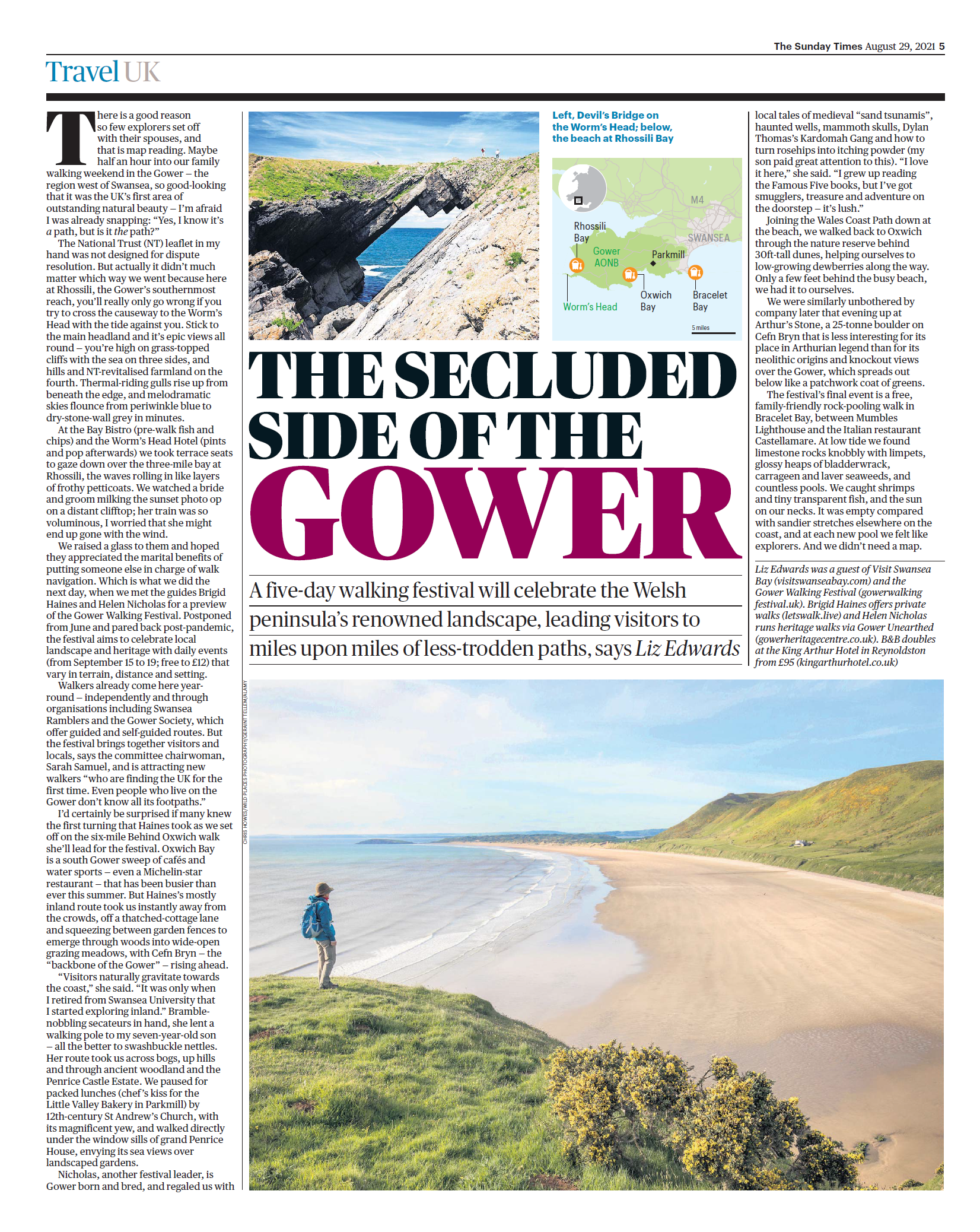 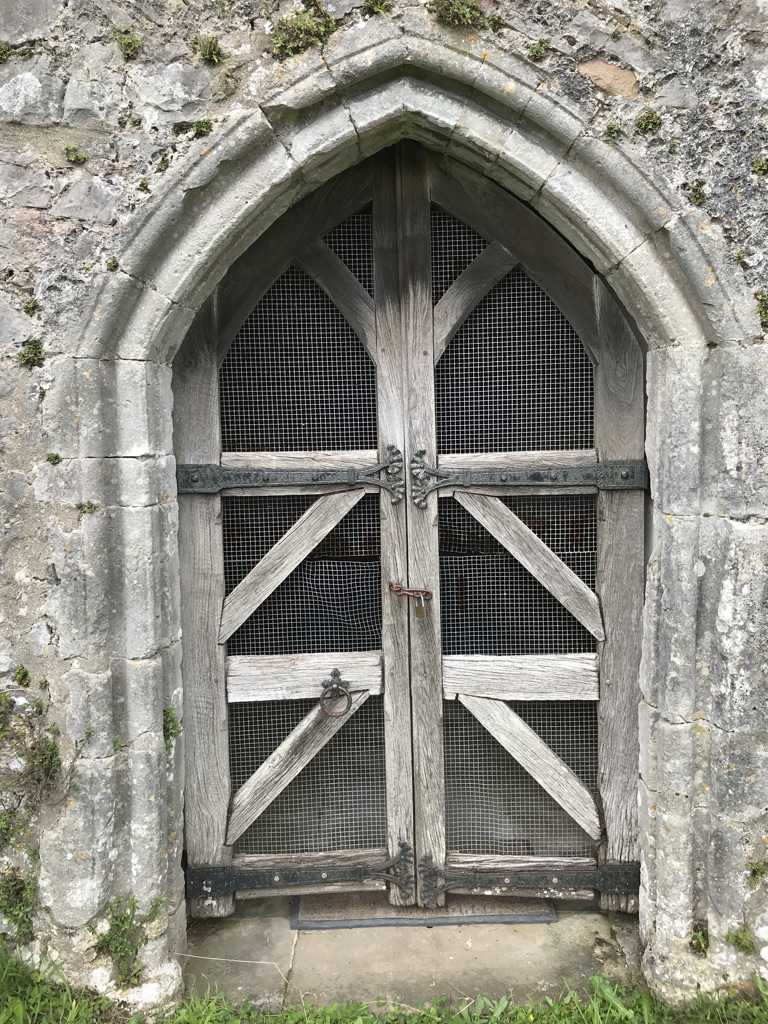 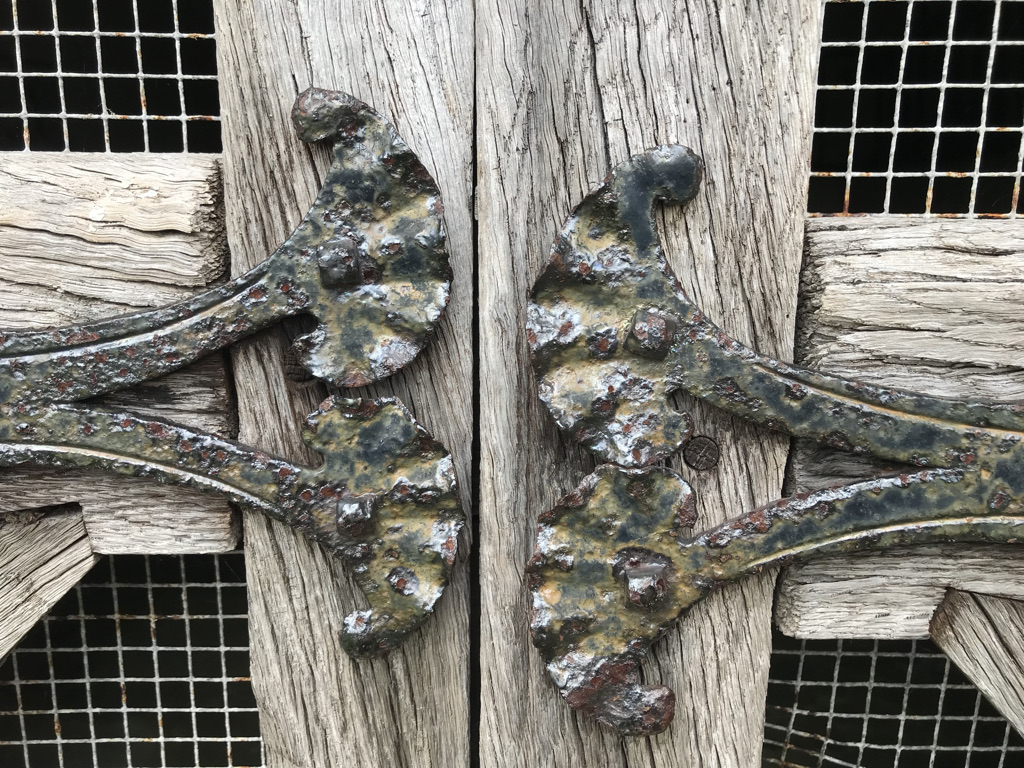 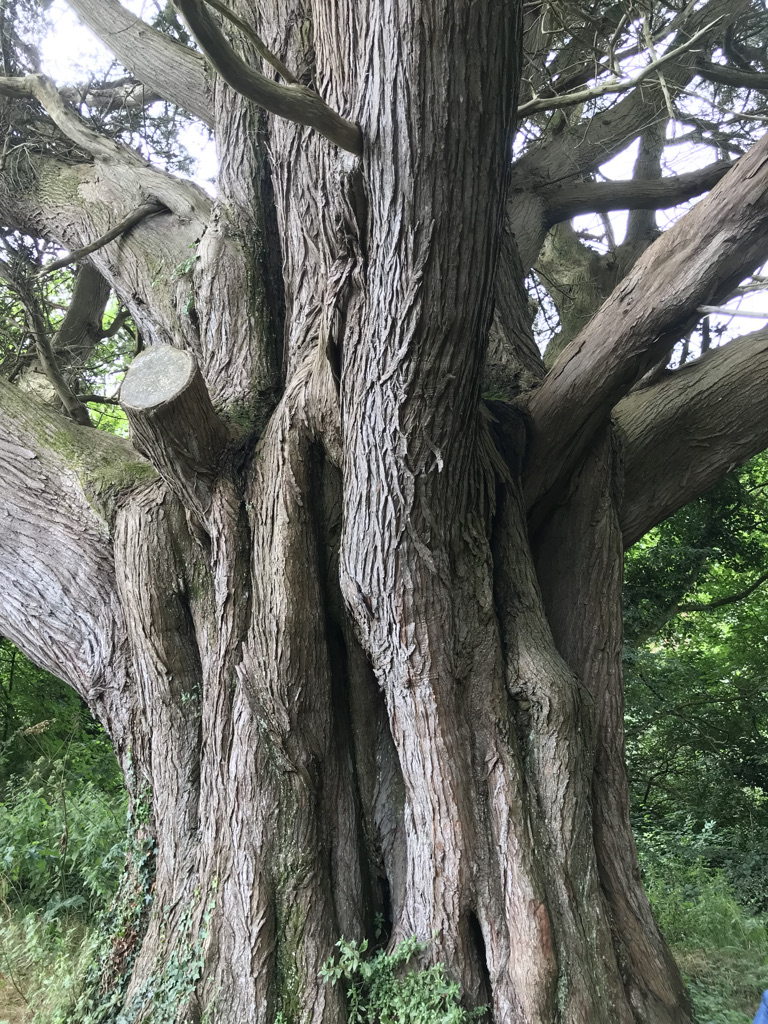 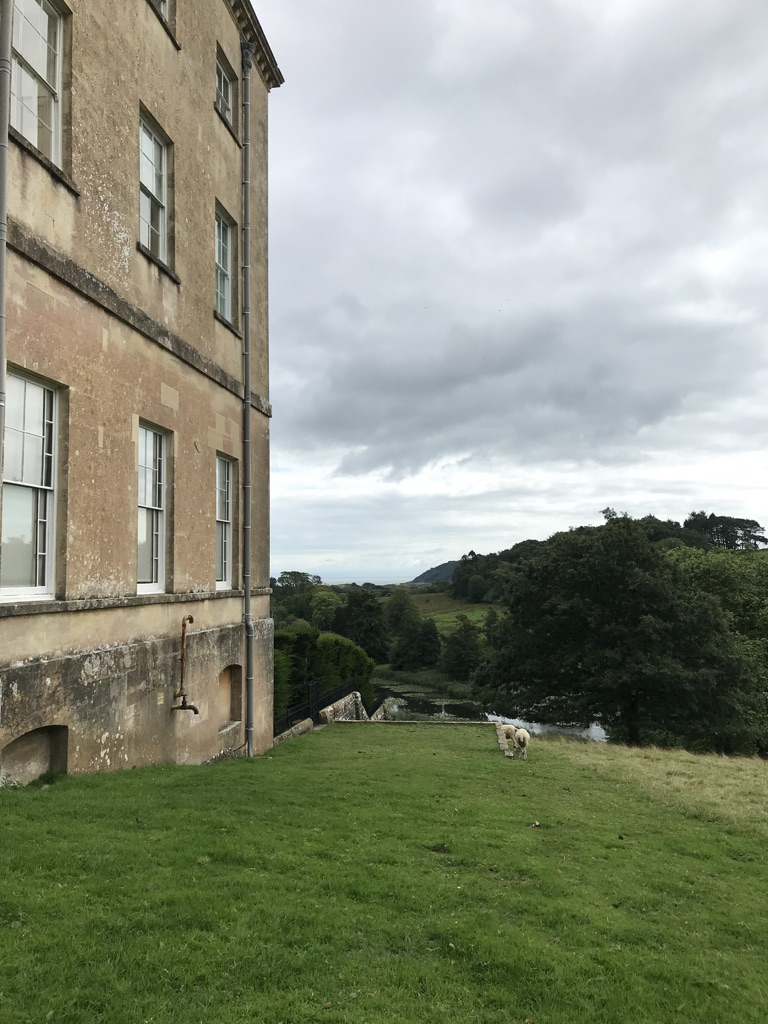 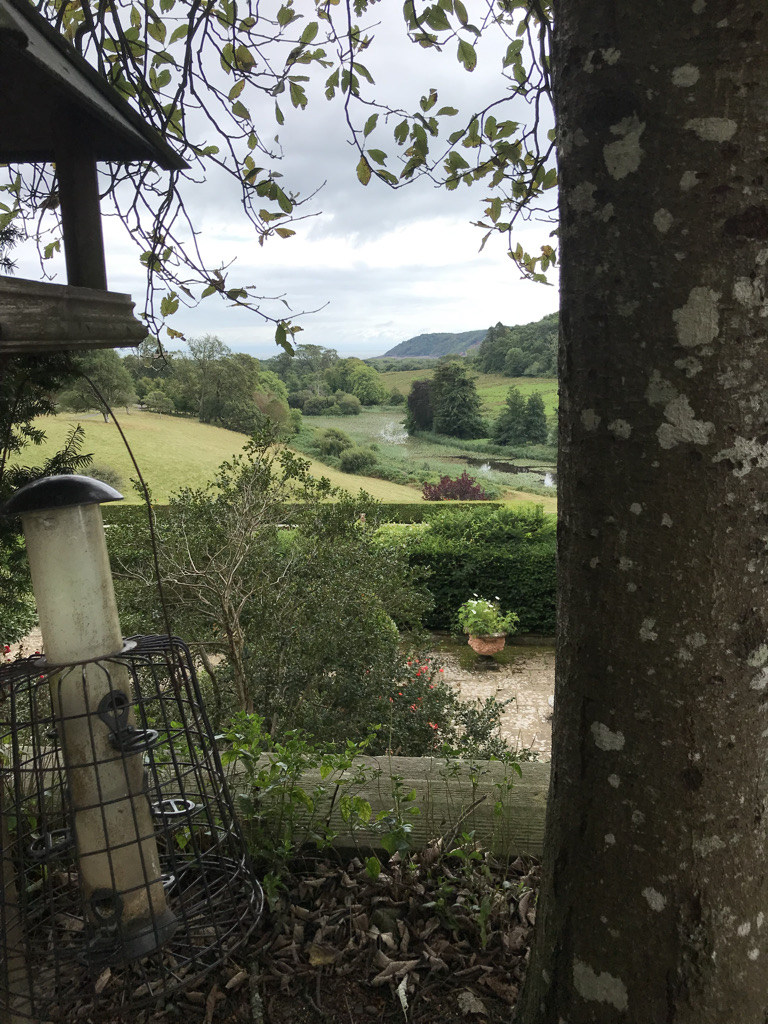 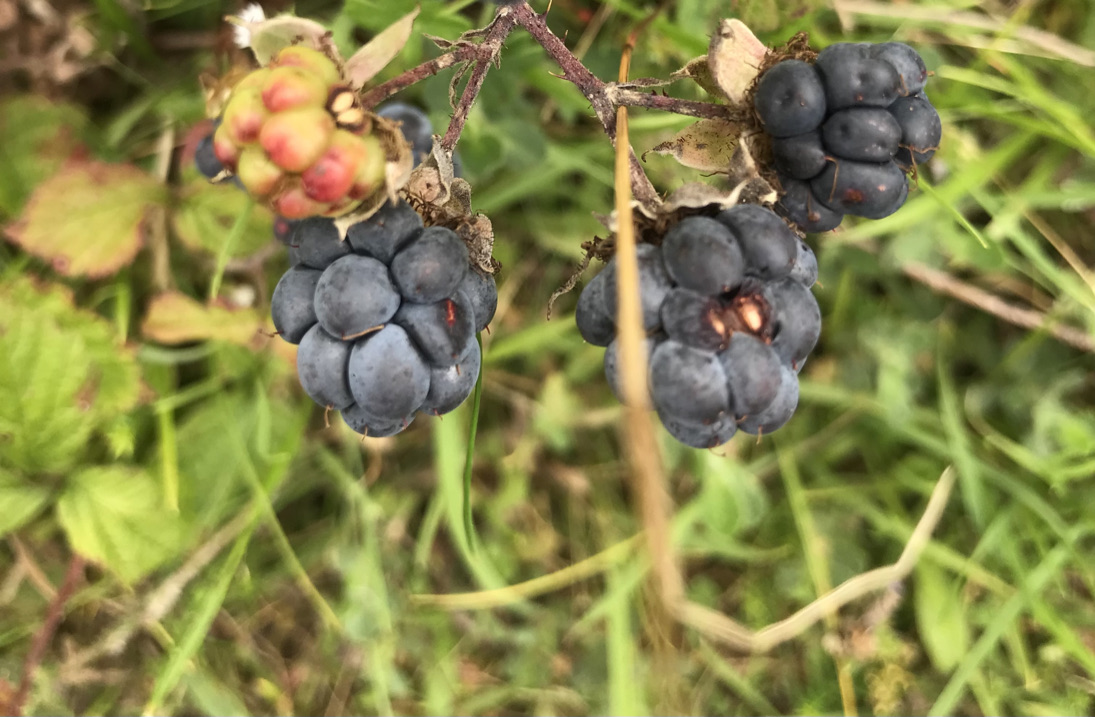 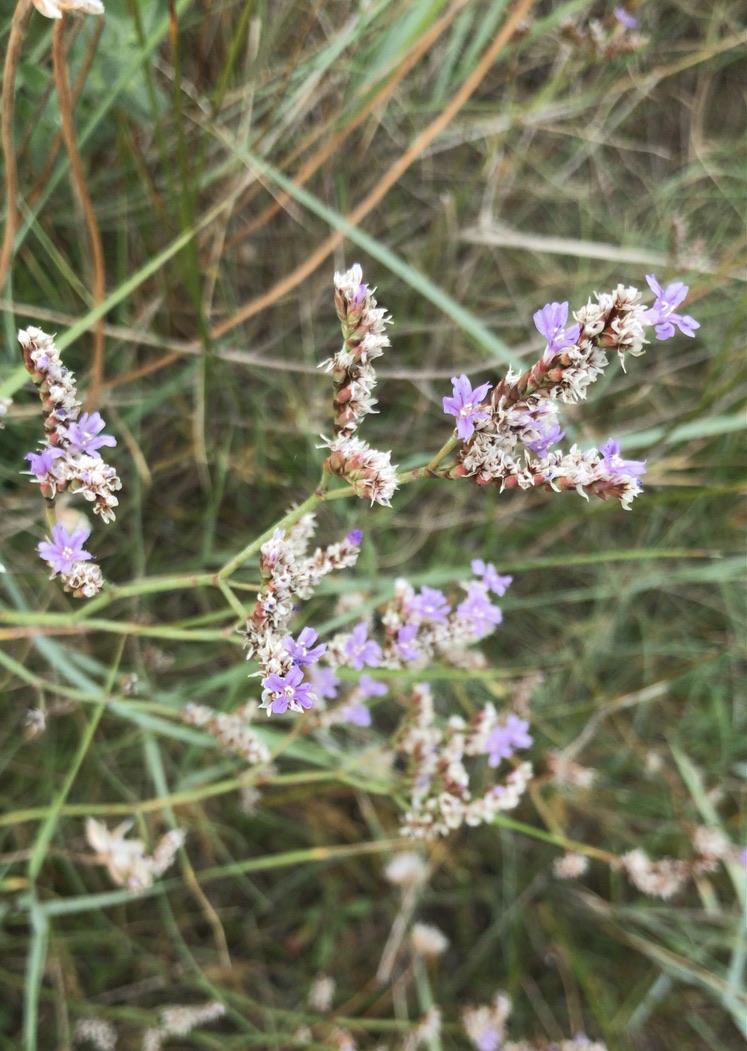 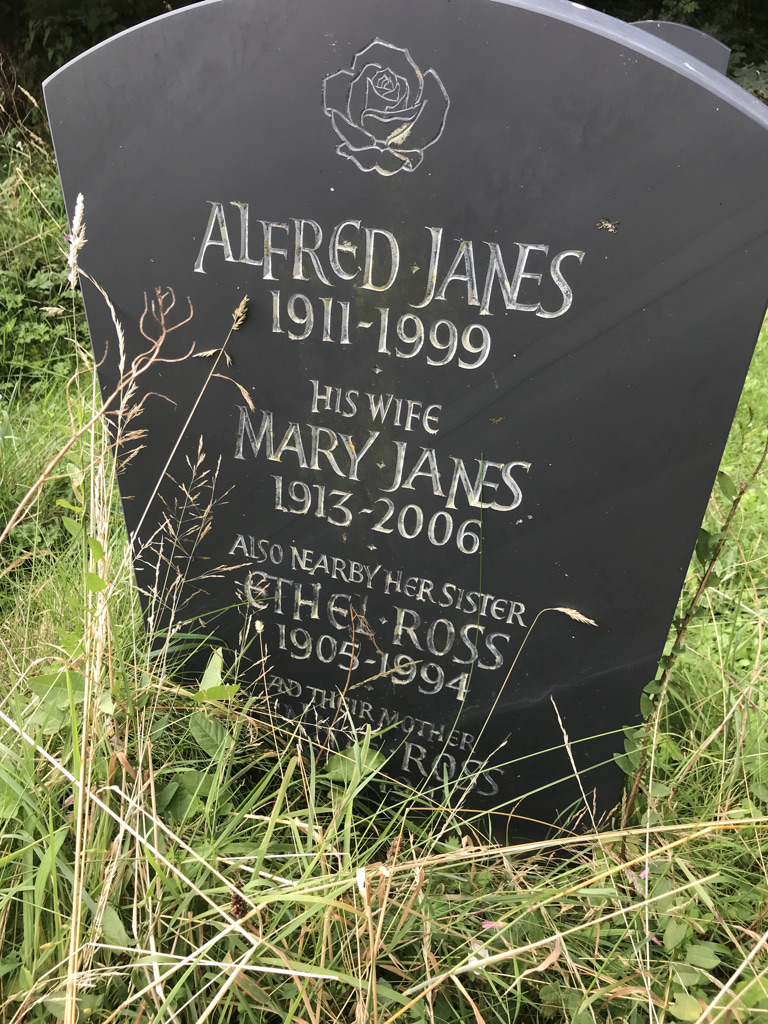 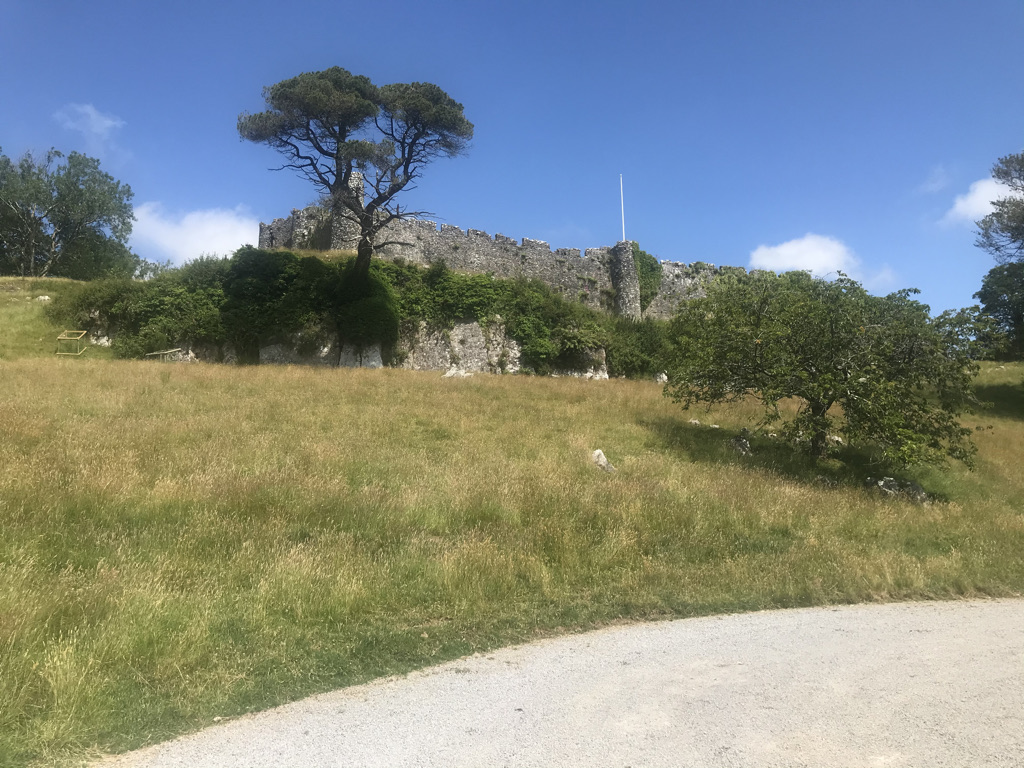 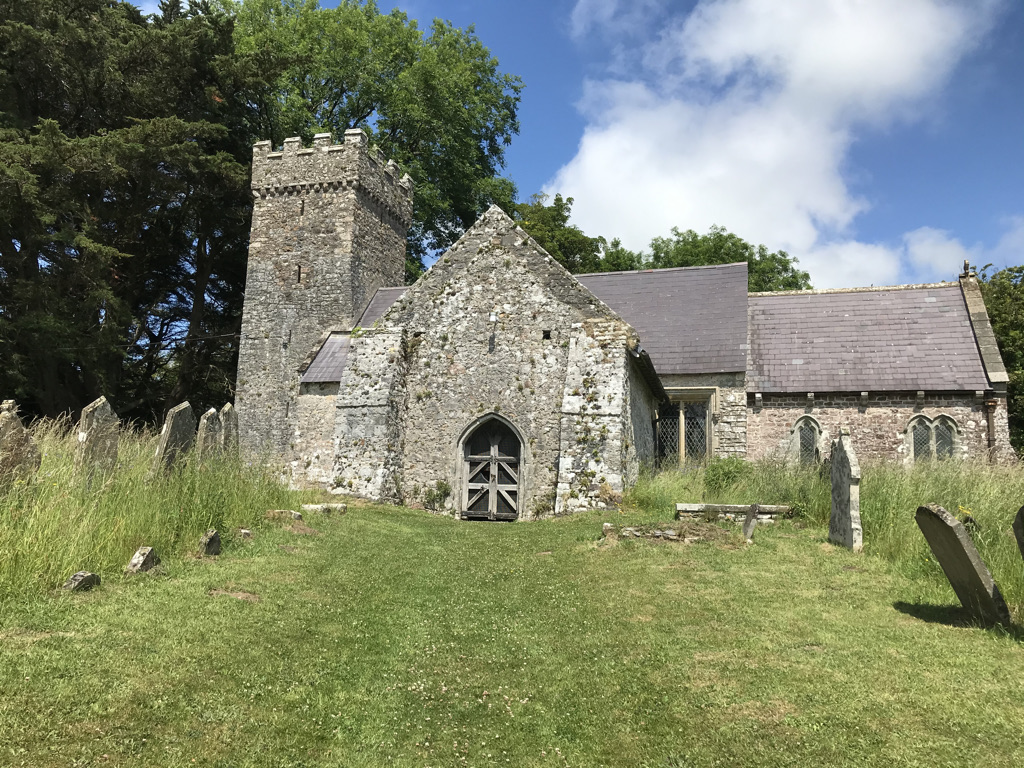 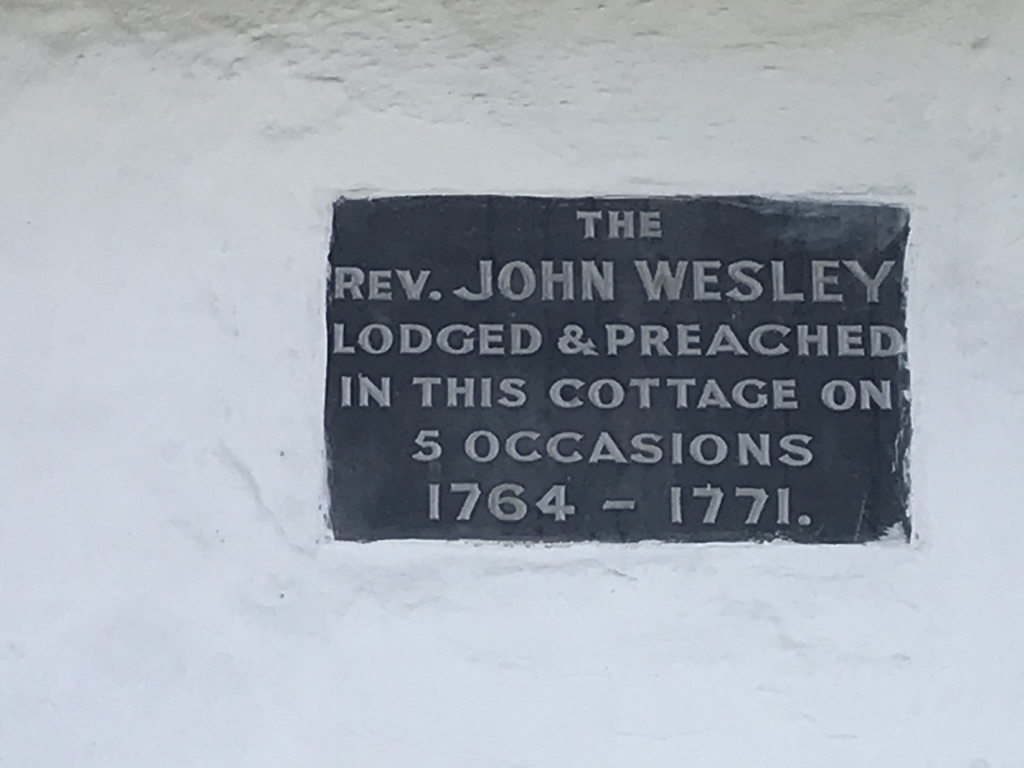 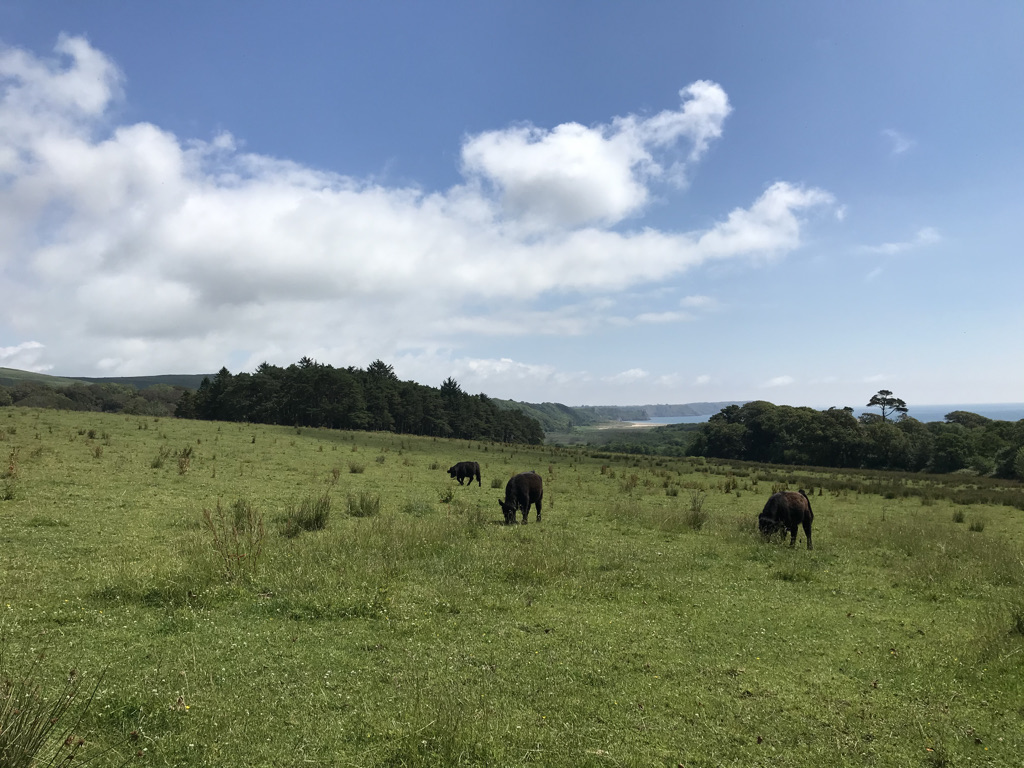 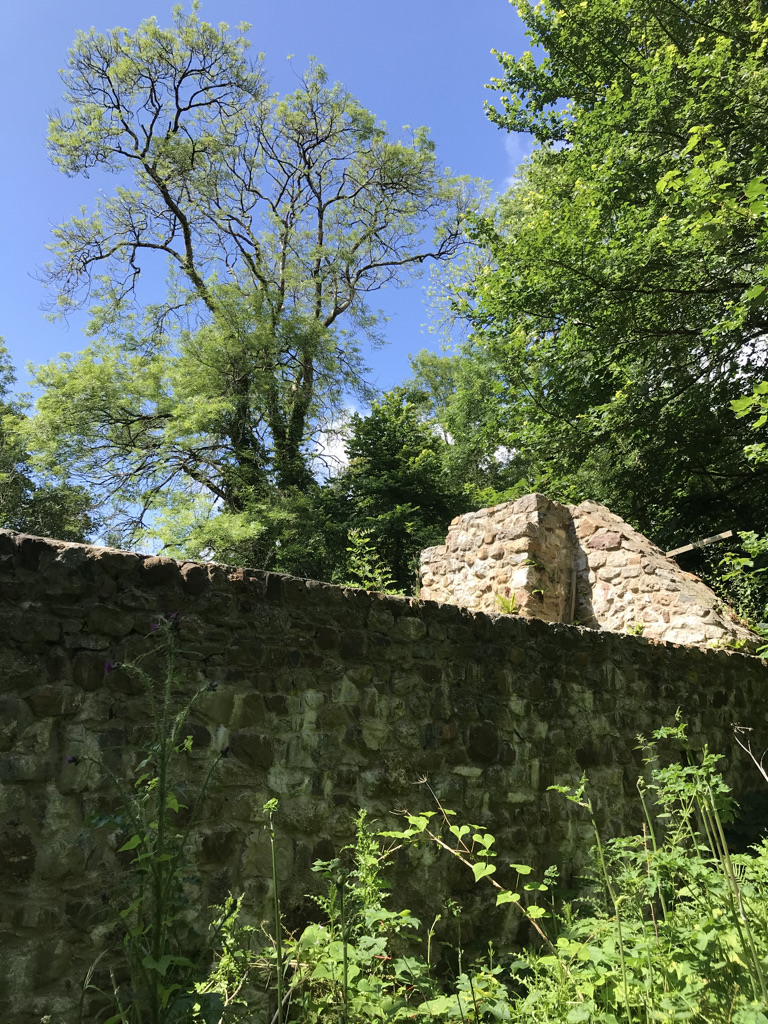